In the most basic terms, cancer refers to cells that grow out-of-control and invade other tissues. Cells become cancerous due to the accumulation of defects, or mutations, in their DNA. Certain:

Most of the time, cells are able to detect and repair DNA damage. If a cell is severely damaged and cannot repair itself it undergoes so-called programmed cell death or apoptosis. Cancer occurs when damaged cells grow, divide, and spread abnormally instead of self-destructing as they should. 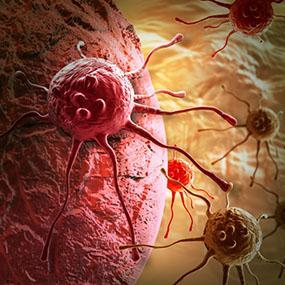