Urologic cancers include cancers of the bladder, kidney, prostate and testicles, all relatively common. Prostate cancer, for example, is the most common cancer in American men. One out of every 10 men will develop the disease at some time in his life — most often after age 50.

Among American men age 15 to 44, testicular cancer is the most common. Denial and embarrassment contribute to making it one of the least mentioned cancers. The American Cancer Society estimates that about 6,900 cases of testicular cancer are diagnosed each year in the United States and about 300 men die from it annually. 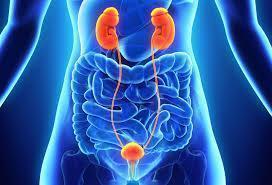 Our patients have access to some of the country’s leading urologic cancer specialists and a wide range of services including screening exams, transrectal ultrasound, and biopsy, diagnostic imaging, second opinions and treatment from surgery to radiation therapy. Our patients also have access to the latest experimental therapies being tested in clinical trials as well as patient education and other services.

Types of urological cancers include:

Cancer that can occur in either gender